Will India's payments landscape see a future without debit and credit cards? 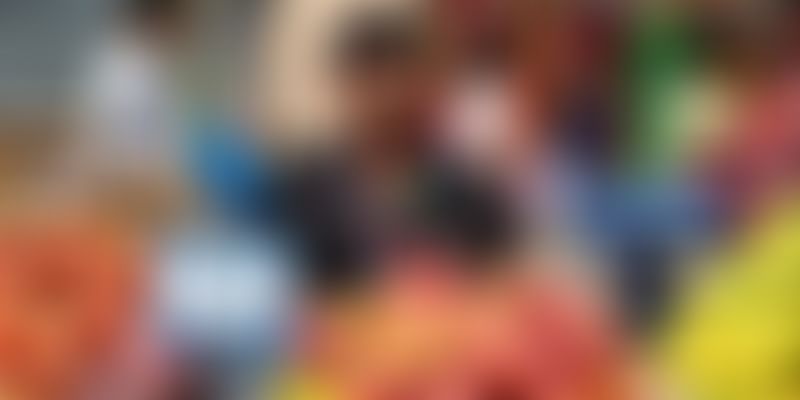 New form factors and innovation in the financial sector are paving the way for disruption in the payments space. Today, their impact has extended to 'plastic money'. A look at what lies ahead for debit and credit cards in the country.

In 2017, Niti Aayog CEO Amitabh Kant said debit cards and credit cards would become redundant in the next three to four years, and people would use their mobile phones for financial transactions.

And while there has been a decline recenty in the number of debit cards in circulation, digital payment methods like mobile wallets and Unified Payments Interface (UPI) may not be entirely responsible. However, his statement does raise a valid question on what the future holds for plastic money in the country? Will credit and debit cards continue to be the preferred mode of payment for Indians?

Banks and card payment processors are quick to say that plastic is here to stay, at least for some more time. Ritesh Pai, Chief Digital Officer at YES Bank, says,

"Cards are here to stay for some time, although the form factor might change. One cannot deny that cards are internationally accepted because of the availability of global infrastructure like Mastercard and VISA. It is a tried and tested model globally."

Sudipta Roy, Head-Unsecured Assets and Cards at ICICI Bank, says cards – both debit and credit - will be around for another 10 to 15 years, owing to the convenience and standardised payment experience. He remarks, “Majority of India is still looking at digital and card payments with fear. If a concerted effort is made by the industry to tackle this fear and introduce audio-visual messaging to give confidence to customers to use digital payments, then the journey of adoption (of digital payments) can be shortened.”

Then again, one cannot be entirely sure given the innovations afoot when it comes to credit and debit cards.

“The environment is more energised and disruptive for plastic cards than ever. Apart from co-branding partnerships, the plastic card has looked similar over the past few decades. It is only now that we see the industry working on the form factor and the ubiquity and relevance of plastic cards in the country.”

Future of cards in limbo?

Before one delves into the existential question of plastic money, it is important to note how the payment instrument has performed over the years.

Data from Reserve Bank of India (RBI) states that debit cards grew by 19.5 percent between FY15 and FY16, and then 30 percent between FY16 and FY17 (note that demonetisation took place in November 2016). But, the biggest boost for debit cards came in FY15 when Prime Minister Narendra Modi announced the Pradhan Mantri Jan Dhan Yojna; this led to a staggering 40 percent growth in debit card circulation.

Says Sudipta, “Demonetisation was a watershed moment for debit cards; we saw transaction volumes go up by 100 percent. However, as cash came back, the prevalence of debit cards fell.” He adds that a structural change will be needed for debit cards to see another strong growth phase.

“Unless the government does a structural change, we will not see a dramatic shift in the numbers using debit cards. Some examples are countries like South Korea and Hungary, where if a citizen expects a tax advantage, s/he must pay digitally.”

Back to the numbers and, interestingly, RBI data shows that in FY18, the growth of debit cards in circulation declined. As of January 2019, the total number of debit cards in the country was at 931.26 million, up only 8 percent from March 2018.

One reason for this could be lower acceptance infrastructure in Tier II geographies and beyond. Ritesh from YES Bank explains,

“Banks were mandated to open bank accounts in certain geographies. So, now, individuals in Tier II to Tier VI geographies have cards, but the acquiring infrastructure (for usage of cards) continues to be missing in these areas.”

This is why, Ritesh says, payment instruments like AePS (Aadhaar Enabled Payment System) - National Payment Corporation of India’s payment service – have gained popularity. On the other hand, compliance and operation costs hold banks back from maintaining ATMs in these geographies.

AePS is a bank-led model that leverages banking correspondents as well as kiranas to provide cash to customers using Aadhaar authentication, acting like micro-ATMs.

Credit cards and their push to plastic growth

Unlike debit cards, credit cards have been witnessing steady year-on-year growth. In fact, FY18 saw an almost 26 percent increase in the circulation of credit cards, one of the highest growth rates the instrument has seen over the last five years. And this is only expected to grow!

Sudipta says credit card usage is expected to double in the coming years, and the country will have 100 million credit cards by the end of fiscal 2023.

“Credit card is increasingly becoming a necessity to meet demands of heightened expenses. Also, credit card as an instrument continues to be more rewarding for a customer. The industry has gone through the slowdown of 2008-2010, and banks are better equipped now to manage risks. However, as an industry, we need to democratise credit cards and start issuing them to Bharat (Tier II and beyond), rather than just India.”

So, what is the future of plastic cards?

Between October 2018 and January 2019, a total of 67 million debit cards went out of circulation. This can be attributed to the RBI’s direction to replace old magnetic-strip debit and credit cards with the more secure, chip-based EMV cards.

Industry experts claim that given the scale of the banking industry, circulation of cards will take 18 months to streamline and come to normal. However, the EMV update has already led the country to leapfrog into the near-field communication (NFC) revolution.

Murali Nair, Head of Client Relationship Management at Visa, says, “Replacing old magnetic strip cards, some banks upgraded their most active debit card users to NFC-enabled EMV debit cards, leapfrogging into the era of contactless. We have already seen examples of UK and Australia where contactless cards have boosted the total number of card transactions, and displaced cash as the single largest instrument of payment.”

The RBI, has, in the past also tried to push for contactless payments. In May 2015, the RBI removed the mandatory two-factor authentication for transactions below Rs 2,000 using NFC-based credit and debit cards across all merchant categories to promote contactless technologies.

And that continues to be a huge boost for convenience of payments.

Gayathri Parthasarthy, Partner and Head, Financial Services at KPMG in India, agrees. “Contactless cards are still at a nascent stage in India. It is estimated that there are about 30 million contactless cards in the market. However, this is expected to increase significantly. Since two-factor authentication is not required for transactions below Rs 2,000, contactless cards can significantly enhance customer convenience.”

Contactless: the future of cards in India

Gayathri adds that initiatives like the government’s smart city project offer significant potential for such cards for various payments, leading to significant reduction in cash transactions.

Prime Minister Narendra Modi launched a National Common Mobility Card (NCMC) just last month, ushering the convergence of a regular payment and transit card. Christened One Nation One Card, it runs on RuPay, and eliminates the need to carry change and cash to pay for the metro, bus, or train, or for toll and parking.

“The future of contactless plastic cards is definitely transit where it will be integrated with ticketing. Local wallet usage is also in the roadmap of NCMC, so digital wallets might also move to contactless. Further, contactless transactions take 10-15 milliseconds to perform, making this form of payment more seamless,” Sudipta says.

And card networks like Visa and Mastercard aren’t far behind to tap the transit opportunity. In December, global payment processing giant Visa said it had issued more than over 20 million Visa contactless cards in the country. Also, according to Murali, nearly 1.1 million of the 3.6 million PoS (point-of-sale) terminals in the country accept contactless payments.

But, what about the cost that banks incur on issuing contactless cards?

Murali says, “Costs will come down automatically once banks start issuing more and more contactless cards. It's the same case with EMV cards. The more a user uses and creates stickiness to the card, the more products and offers get activated. This is also one of the reasons that new-age payments bank also issue debit cards.”

In January, RBI introduced tokenisation of debit, credit, and prepaid cards. Tokenisation is a process that will replace actual card details with unique alternate codes called a “token"; this will then be used for card transactions in contactless mode at Point of Sale (POS) terminals, for Quick Response (QR) code payments, etc.

The new guidelines come as a challenge to the physical form factor of the cards. Murali, from Visa, adds, “Card tokenisation is to digitse physical cards in consumer apps. We have been working on that tech for years now globally, and have now started with Indian fintech on enabling the mobile form factor of these cards.”

But as Ritesh points out, digitising cards will definitely reduce the cost of operating cards for banks.

Plastic is just a form factor!

At the end of the day, industry experts argue that plastic cards are just a form factor. Anil, from IndusInd Bank, says,

“In the long run, plastic may die, but it is definitely not happening in the short run. Payments and credit will still exist, but only the way they manifest to customers will change. This could be through a plastic card, an app, or some other form factor. But the services they provide will never diminish.”

Ritesh adds that several players in the industry have already starting experimenting with various form factors, starting from phones to watches and even wearables.

While the future looks promising, there’s no denying that the real hard work will lie in building acceptance infrastructure and consumer education about digital payments through various form factors.

Digital payments will be a trillion-dollar market in the next five years: NITI Aayog

[Startup Bharat] No internet, no problem: this Hubli-based startup is enabling digital payments over voice network

Get access to select LIVE keynotes and exhibits at TechSparks 2020. In the 11th edition of TechSparks, we bring you best from the startup world to help you scale & succeed. Join now! #TechSparksFromHome 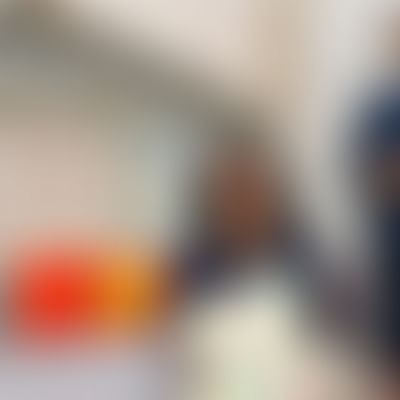 Stylish yet simple: startup Boingg!'s winning mantra to give kids a happy start

What to expect on Day 2 of TechSparks 2020, India's most influential tech-startup event

Airtel rolls out cloud-based communications platform for biz; tunes into $1B market

In its virtual avatar, India Bio @ BTS to showcase how global biotech community is fighting Covid-19 related challenges together