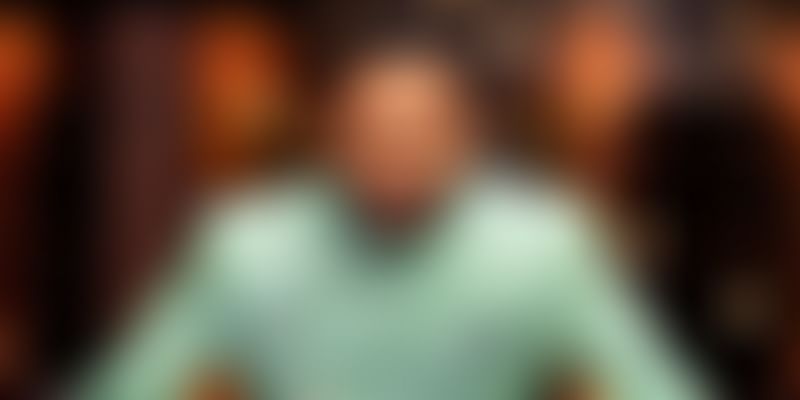 Did you know that ‘butter chicken’ is one of the two most searched Indian dishes globally? (It shares this honour with biryani.)

On average, butter chicken is searched 400,000 times per month, according to SEMRush (a platform tracking online buzz). It is also one of the most ordered dishes in India and at desi restaurants across the globe.

But celebrity chef Saransh Goila wasn’t content with this. He believed that the much-revered dish had, over the years, lost its authentic flavours, and was being served in some bastardised form — either too creamy or too sweet.

Saransh wanted to restore butter chicken to its original glory.

That was his one-line business idea when he started Goila Butter Chicken (GBC) in 2016. Joining him in the journey was his friend from catering college, Vivek Sahani.

From one iconic dish to a 40-item menu, a 1,500-sq-ft central kitchen, and seven outposts in Mumbai and Pune to this month's London launch, GBC wants to put Indian food on the global culinary map.

In four years, the cloud kitchen has served 300,000 meal portions, including naans, parathas, appams, biryanis, tikkas, chaats, kebabs, kulfis and more, and grown its yearly revenue by 60 percent. Now, it wants to scale up globally.

Even though the pandemic’s impact was “large”, GBC claims its order volumes are back to 75-80 percent of pre-COVID-19 levels. “We lost our lunch business because of work from home, but dinner orders have picked up really well, and we hope to reach pre-COVID levels in December,” Co-founder Saransh tells YourStory.

But what gives GBC the conviction to go global, especially in a pandemic?

“The curiosity around GBC started after we were a part of Masterchef Australia [in 2018]. People from Australia, Dubai, and Canada reached out to us, and we realised that there was a dearth of good North Indian food in these markets,” he shares.

Then, in February 2020, GBC did a food pop-up in London, which was a “huge success”. “We did 1,400 orders in two weeks. That told us that the sample size was quite large, and we could build GBC as an international brand,” he says.

Even though COVID-19 delayed GBC’s London launch, the co-founders were convinced that 2020 had to be the year when they would go global.

GBC London has opened a franchisee outpost in partnership with Templeton Brothers; and started its own ordering portal (goilabutterchicken.co.uk). It will also deliver via Deliveroo, one of the UK’s top food ordering apps.

Its business expansion comes at a time when cloud kitchens are seeing an upswing. The format is said to be better suited for a socially distanced world, and is poised to become a $2 billion industry in India by 2024, as per RedSeer Consulting. That is a 5X growth from $400 million in 2019.

Besides the famed Butter Chicken, which makes up 80 percent of GBC’s sales, Londoners can also treat themselves to other Indian delicacies such as Dal Makhani, Jeera Rice, Sourdough Naan (specially curated for the UK), Pickled Shallots, and Coriander Chutney. Vegetarians can replace the chicken with paneer.

While global expansion is a big part of GBC’s future plans, initially, Saransh found it hard to believe that it was possible without him being actually present in the kitchens.

“But scaling up in India taught us a lot,” he says, “We realised that it is all about detailing the recipes and quantities right till the last grammage. Only math can scale up Indian curries globally.”

After all, math is where it all began.

Sometime in 2013-14, when Saransh was a part of Sanjeev Kapoor’s Food Food channel, he started holding pop-ups across Mumbai.

That was because he wanted to feed people the right butter chicken, which had a 80:20 ratio of tomato and dairy items compared to the traditional 60:40.

He also infused smoke, limited the use of butter, and shied away from artificial colouring — as most restaurants would do — to create a clutter-breaking recipe. Consequently, those who tasted the dish at the pop-ups raved about it, and started to trend #GoilaButterChicken on Twitter.

“The dish became instantly popular in Mumbai, and people wanted us to increase the frequency of the pop-ups, and then make it a permanent fixture. In two years, we had collected a large sample size, and in 2015, Vivek and I felt that GBC deserved to be a venture of its own.”

For all practical purposes, GBC had achieved product-market fit even before its launch.

The founders also reckoned that the QSR space in India “lacked innovation” and that is why a “classic like butter chicken hadn’t evolved” with the times. While the market gap had surely been identified, starting a cloud kitchen meant GBC had to get everything — from storage, packaging to logistics and delivery — right.

An efficient central kitchen (CK) is considered to be an integral part of a successful cloud kitchen business. GBC started with a 200-sq-feet space in Western Mumbai, but soon realised that it wasn’t enough. It moved to a 1,500-sq-ft space later.

“More outlets meant more storage and more movement from the CK to those outlets. That also led to more pilferage. So, we had to invest in a vacuum sealing machine and a blast freezer to maintain a certain temperature for the food. We also outsourced the delivery to a third-party agency to ensure that there was no wastage in transit.”

In its first year, GBC would take 90 percent of its orders on the website and deliver them through its own riders.

However, with the growing popularity of food aggregators, it started relying on tech-enabled efficiency. Today, 90 percent of the orders are fulfilled through Swiggy.

But, some challenges remain, especially in the pandemic.

Vivek explains, “A 1,500-sq-ft CK should ideally cater to 10 outposts for the unit economics to work for us. We were supposed to reach 10 in June, but COVID-19 put us on the backfoot. So, we had to take a small loan to sustain ourselves.”

That “small loan” came in the form of an equity partnership with Ghost Kitchens, a Mumbai-based cloud kitchen incubator, for an undisclosed sum. GBC will use the funds to build backend resources, and standardise its menu “so it can travel to any part of the world”.

“GBC endorses India internationally through butter chicken. Our focus is to leverage tech backed by standardised menu engineering to scale quickly in any part of the world.”

Before that, there's local expansion too. Saransh sums up by saying, “We’ll launch in Bengaluru next month, and then in Delhi-NCR, Ahmedabad, Kolkata, and Chennai in 2021. The plan is to grow in existing markets, as well as enter new markets, and be an Indian food brand with a difference.”