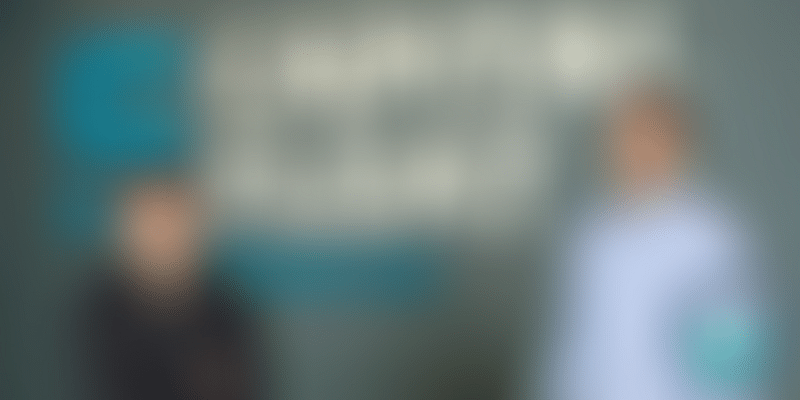 A product roadmap clarifies the why, what, and how behind what a tech startup is building. This week, we feature Capital Float, one of the early fintech startups founded in 2013.

In 2013, Stanford graduates Sashank Rishyasringa and Gaurav Hinduja saw a big gap in the Indian SME market, especially for lending. While ecommerce firms like Flipkart were picking up and growing, the sellers on the platforms, especially SMEs and MSMEs, were still finding it challenging to get a loan.

At present, India is home to over 63 million micro, small and medium enterprises (MSMEs). Some of the other players operating in the space include Lendingkart, NeoGrowth, Vivriti Capital, Shubh Loans, Happy Loans, etc. However, Capital Float says it has built customised financial solutions to India’s “missing middle”.

“As a fintech company, ‘tech’ is integral to Capital Float’s identity and growth. Technology plays a significant role in enabling crucial functions that help us leverage every stage of customer experience and communicate with our customers more effectively,” explains Gaurav.

Gaurav says, when Capital Float was founded, digital lending was unheard of in India. Like any new startup, the team had to decide between “Build vs Buy”, as fintech was still catching up in India.

“We opted to build, resulting in the development of in-house technology. This included a smart online loan application, which was a first for the industry in 2013. Agility has been one of Capital Float’s biggest strengths and continues to power teams internally,” says Gaurav.

The initial team consisted of highly motivated, dynamic, and experienced professionals in the fields of technology, product, and data sciences.

“The first employee Gaurav and Sashank hired was a product person. It was clear from day one that the focus was strong on product and tech, and not just pureplay lending,” says Jatin Bhasin, VP, Capital Float.

Some of the core factors the product initially focussed on were automation, integration, financial inclusion, and designing new-age underwriting models.

Gaurav says, traditional financial services were predominantly manual and involved a lot of paperwork. But technology has enabled the automation of several such processes such as identity verification, alternate data sourcing, document verification, fraud detection, and underwriting.

“As a result, we now approve loans in real-time compared to the eight-week period, which used to be the norm when processes were analog,” adds Gaurav.

An API-first approach from Day 0 has helped Capital Float build pioneering technological capabilities to support embedded finance, says Gaurav. The company has created a comprehensive online shopping experience for consumers by integrating with Amazon to offer a financial product called Amazon Pay Later - a credit facility that can be used to finance purchases on the platform.

Technology helps financial services transcend geographic limitations. The ability to evaluate unconventional data points also facilitates financial inclusion of large borrower segments that have traditionally been excluded from being a part of the formal financial system due to ineligibility. Capital Float currently has over half a million customers in over 300 cities across India, without having branches in these cities.

Apart from this, through decision sciences and data analytics, Capital Float says it can develop sophisticated underwriting models that can considerably reduce the scope of the fraud.

“During the early days, we used to update the systems and products on a daily basis. Requirements would be written and designed on whiteboards. This approach created a symbiotic, inclusive, and constructive working environment,” adds Gaurav.

The team also made a conscious effort early on to make all its systems API-first. This helped it build coherent but decoupled services that can be managed and scaled independently. Also, this approach led them to innovate a lot around inter-system interactions and infrastructure.

How this Bengaluru startup has survived and thrived through two crises

“The first loan product we created was for ecommerce sellers. The seller needed a short term loan, and a traditional bank typically would give them Rs 50 lakh. But most sellers were not sure if they needed so much capital as it was all based on the orders on Amazon or Flipkart,” explains Jatin.

Adding to this, Gaurav says the sellers relied heavily on customer feedback as we were not making cookie-cutter products. The feedback became integral in building several products on the portfolio.

Jatin explains that after six-twelve months of launch, they started migrating towards using sophisticated professional suites and enablers such as product management tools like JIRA, communication tools like Slack, etc.

Around this time, the team also realised the need for a SaaS approach towards internal tooling to support faster product experiments with minimal changes. This laid the foundation for the unprecedented scalability experienced by the company over the next three to four years.

“As a customer-centric company, we’ve always designed tailor-made products for our borrowers. For instance, we transformed a vanilla term-loan into an industry-first invoice financing product based on user feedback. This product went on to become very popular and was a major growth driver during 2015-2017. This product has taken many shapes and now also has a consumer financing version,” says Gaurav.

As the business began to scale, the team had to ensure customers were happy. Hence, the company started polishing front-end and back-end processes.

To serve its growing customer base of over half a million, Capital Float also integrated analytics to get user feedback digitally by building monitoring tools around it.

Once the team realised it was able to cement its position as a leading fintech lender to SMEs, it chose to diversify into consumer lending.

“Becoming a comprehensive lender was always our objective. The timing was going to be key. We had designed our products, processes, and underwriting sensibilities to be seamlessly portable into consumer financing. We didn’t have to reinvent the wheel,” says Gaurav.

In 2017, Capital Float’s SME business was stable and was recording consistent growth. The team then thought of foraying into consumer lending.

“The consumer financing processes were built to be self-serve. Due to the low-ticket, high-volume nature of the consumer business, we had to build an AI + ML-based system that facilitated scalability,” says Gaurav.

On the liabilities side, instead of building a book entirely on Capital Float, they built the largest co-origination tech-based platform that currently accounts for 40 percent of the loan disbursals.

The co-origination model helps borrowers avail quick and easy finance by leveraging the technology and the voluminous balance sheets of the co-lending partners.

“By applying our technological expertise, we built a robust model for co-origination that currently has participation from some of the industry’s largest banks and NBFCs such as Karur Vysya Bank, RBL Bank, Northern Arc, Credit Saison, Poonawalla Finance, Muthoot Finance, and IndusInd Bank,” says Gaurav.

Gaurav adds the banks and NBFCs partnering with Capital Float are also able to serve priority lending segments and add new borrower profiles to the customer base without increasing risk.

[Product Roadmap] How Matrimony.com has become the go-to platform for Indian matchmaking

According to the founders, Capital Float benefits by building its book in a responsible and scalable manner. Gaurav explains they have found several interesting/innovative technological solutions in the process.

It has built an in-house loan management system where they can configure a loan product the way we want. Building this provided the ability to be highly flexible and agile.

Capital Float also created its own decision engine where different strategies and policies could be deployed. This gave the team control over risk-modelling. The team claims over 2,000 data points were tested to create an underwriting engine that eventually became machine learning and AI-based.

The team also built on top of IndiaStack services, which powered SME loans in under 90 seconds. They were also able to use different data sources on Walnut, a personal finance management app, to improve the understanding of the users. The team claims it helps pre-emptively offer credit to users at their point of need, cross-sell services, tap into intelligent trends, etc.

Since its last fundraise in April 2020, Capital Float has been scaling its Consumer Finance vertical with the Online Checkout Financing product, where Amazon is a major partner, and its Personal Finance Management (PFM) app Walnut.