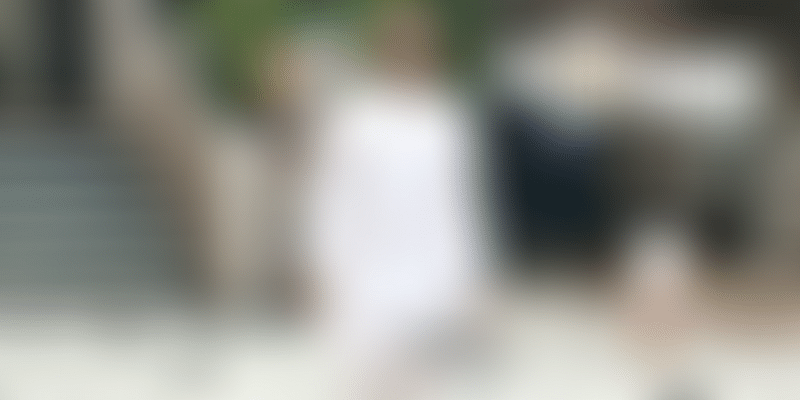 Mital Khetani, who finds happiness through service, has been rescuing animals for the past 17 years, with the help of his NGO Shree Karuna Foundation Trust in Rajkot.

During the pandemic, the entire humanity struggled to survive, and many lives were displaced due to the necessitated lockdown. However, hundreds of good Samaritans came out to help families who had lost their livelihoods.

But the triple whammy of the health crisis, food shortage, and economic slump due to the lockdown didn’t just affect humans. Many stray animals struggled to find food during the lockdown since they depended on scraps and leftover food provided by humans. In fact, in some places in India, some of the stray monkeys and dogs could survive only thanks to human intervention.

One of the organisations that came to the aid of the animals at such a testing time was an NGO called Shree Karuna Foundation Trust in Rajkot, Gujarat. They spent more than Rs 1.5 crore to help the animals.

The NGO has been active for more than 17 years, and is the heart and soul of one man who derived a sense of happiness through helping others, especially the voiceless – Mital Khetani. In a conversation with SocialStory, Mital shares his journey of rescuing more than five lakh animals through Shree Karuna Foundation Trust.

Sewa or charity has been flowing in Mital Khetani’s veins since childhood. He took advantage of the fact that he looked older than others his age, and secretly donated blood even before reaching the age of 18, simply because he found happiness in helping others.

In fact, he has been an active participant in many blood donation drives; his family feeds thousands of people every day. He has also been a part of an old age home that serves about 300 people, and is a part of many organisations and NGOs, leading some of them.

Mital used to work with a corporate and had a very high-paying salary. He has travelled to several countries – something that many people dream of. But nothing gave him joy like putting a smile on the face of a person in need.

“Many people shy away from charitable work now, saying that their youth is the time to make money. Given their lifestyle choices, many won’t have the ability to be that active later in life,” Mital tells SocialStory,

“So, I believe that both are important, and everybody needs to focus on both these aspects. With passing years, I realised that a lot of care should be given to the voiceless,” he adds.

Mital strongly believes that animals and humans are very similar in the sense that both roam around for their survival, both have families, and most importantly, both also have an equal right to live.

Moreover, while humans can work and make a living, animals, on the other hand, have no other means for food, especially after the centuries of humans encroaching their spaces.

So, while he was helping these animals, he decided to make his efforts official and laid the foundation of NGO Sree Karuna Foundation Trust in 2005.

Meet the dog-lover from Bengaluru, who has rescued over 2,000 injured dogs

Working for the voiceless

With the help of his friends, Mital opened the Sree Karuna Foundation Trust in Rajkot. The team now consists of Mital Khetani, the President of the organisation, with Pratik Sanghani as Secretary; Dhirendra Kanabar, Trustee; Ramesh Thakkar, Advisor; and Amar Kumar, COO.

The foundation runs free animal ambulance, hospital, and veterinarian services in Rajkot and the surrounding areas. Starting with about 1,400 animals in 2005, “We can proudly say that we have been instrumental in saving lives of more than five lakh strays animals and birds,” shares Mital.

Today, the trust claims to be among the largest NGOs in India providing free 24x7 veterinary services to the fauna for the last 17 years. The Gujarat government has also launched a free veterinary ambulance service in the entire state and has named it ‘Karuna Ambulance,’ with the follow-ups being done by the NGO.

A number of birds get injured on Makar Sankranti as people celebrate the festival by flying kites. Rising to the occasion, the NGO operates India’s largest control room to treat injured birds on the same day. The Gujarat government took inspiration from this campaign, and has launched a similar initiative called ‘Karuna Abhiyan’ for the entire state.

Apart from this, the trust also runs a ‘Mobile Food Zone’ for the animals and birds, a first of its kind in India. “In different parts of the city, we feed about 150 litres of milk, and hundreds of chapatis to about 600 stray dogs, and keep about 250 kilograms of grains through bird feeders on a daily basis,” says Mital. They even distribute the seeds free-of-cost to anyone who wants to feed the birds in their area.

Since animal health and wellness go hand in hand with their services, they run a free Veterinary Skill Development Centre, where free training is provided to veterinary doctors, students, and livestock inspectors.

The NGO has recently been awarded the 'Prani Mitra Award' by the Animal Welfare Board of India, under the AWO category. They were felicitated by Giriraj Singh, Minister of Animal Husbandry.

Challenges on the way

Mital observes and shares the tendency of humans to be cruel or ignorant towards animals. “Most people empty their frustrations on these voiceless creatures since they’re an easy target. This in turn makes them very hostile towards all humans, which makes things difficult for rescuers like us.”

However, he further says that what people don’t understand is that one act of kindness can build a lifelong loyalty of the animal, especially dogs, towards them, and the same goes for one act of cruelty.

So instead of distancing them, it would be a lot easier if we could bring them closer.

“We at Shree Karuna Foundation Trust are active in Animal Welfare Advocacy where we have been able to save lakhs of animal lives from slaughterhouses, as well,” says Mital.

“But the sad part is, while we save lakhs of animals, crores are dying every year, and we aren’t able to do anything about it,” he adds.

Meet the ‘Dog Mother’ of Greater Noida, who is taking care of hundreds of disabled dogs

“On a global level, we want to make people understand that we aren’t the ones helping them, but they have been the ones who’ve provided us with a lot of luxury that we have today,” shares Mital.

Moreover, while its activities are primarily concentrated in Rajkot, Mital wants to ensure that the trust can reach out to more places, or at least inspire others to do such service for animals.

“If common folk like us can do this, imagine the impact if thousands and lakhs of us take one step further,” Mital signs off.

Passion during the pandemic: This initiative is bridging the learning gap by upskilling underserved kids