The idea is to bridge the gap between talent and opportunity: Soumini Sridhara Paul of Hungama Artist Aloud 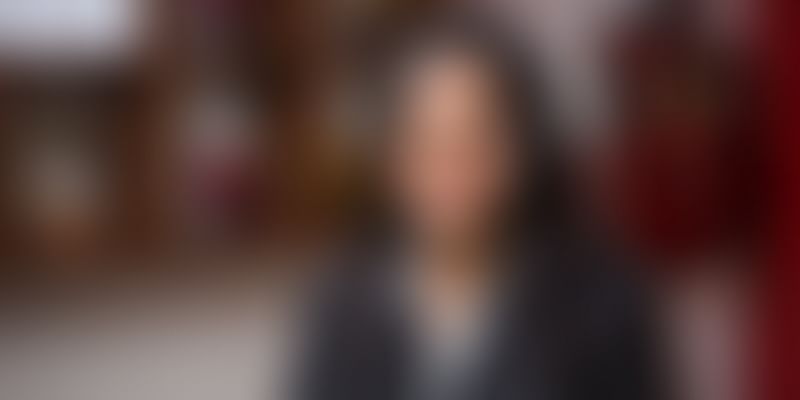 In a conversation with YS Weekender, Soumini Sridhara Paul, Senior VP of Hungama Artist Aloud, discusses how the platform has evolved over the years, and its content distribution and representation plans.

In a conversation with YS Weekender, Soumini Sridhara Paul, Senior VP of Hungama Artist Aloud says, “I always wanted to build something that would help me give my artists — whom I have known over the years — a chance to put out their content digitally.”

We will start recovering from the pandemic from Q2 2021: Sanjeev Kumar Bijli of PVR Ltd

A former musician herself, Soumini has earlier worked with the Universal Music Group and Channel V, and was responsible for bringing in content and interacting with artists. “My experience and knowledge revolved around working with artists and content,” she says.

Post her stint with Channel V, Soumini worked as an Artist Consultant for a few years, trying to figure out how to build a platform to help the artists she knew. It was then that she met Neeraj Roy, Founder and CEO of Hungama Digital Media. Soumini presented her idea to Neeraj and started Hungama Artist Aloud, and decided to run the platform.

Edited excerpts from the interview:

YS Weekender (YSW): How has the platform changed and developed over the years?

Soumini Sridhara Paul (SSP): When we started, we had a website and the intent was to offer distribution for independent artists. I think a lot of that was also on the back of seeing the kind of success that the parent company had with Bollywood and other production content.

When I joined the company, Neeraj told me that “You are going to have to run this like an entrepreneur.” At that point, the term Artist Aloud did not even have the name ‘Hungama’ attached to it, in order to differentiate it from the parent company. We were not a label. We were definitely a platform with a democratic approach.

However, within six months, we realised that the popularity of Bollywood, which was driven by radio and television, was unmatched. The digital touchpoints were not really playing a role in marketing that content. And that is when we realised that we would have to have to create our own media space. So, we started building our Facebook page, YouTube channel, etc. We launched a property called WebCert, which featured the first-ever live streaming concert on the internet. We did WebCert with people like Shankar Mahadevan, Shilpa Rao, Himesh Reshammiya, and Indian Ocean. The funny thing was we used to do all that just with a dongle. Two years later, we landed up doing larger events.

We then went into programming for venues and launched IPs like World Music Day in partnership with Hard Rock Cafe, which was, I think, one of the most exciting partnerships we have ever done. Three years ago, we collaborated with Pankaj Udhas for Khazana Ghazal Talent Hunt because we wanted to make sure that the next generation of Ghazal singers emerges through a democratic approach.

The whole philosophy of Hungama Artist Aloud being about multi-genre, multi-language, and multi-talent continued to grow through every touchpoint we had. Hungama Artist Aloud has evolved from being a pure aggregator to being a platform about talent management, event IPs, digital IPs, and artist marketing.

YSW: How large is the team at Hungama Artist Aloud?

SSP: I have had the great blessing of having about five or six core members who are actually dedicated to the business. Our other essential departments like legal, admin, finance, PR, marketing, and sales — all of which are centralised within the Hungama network.

We have dedicated resources for content acquisition because we want the artists to know they have a person who can interact with them one-on-one. We have someone who can handle the IPs, we have a social media team, as well as a product team. So, it's a very small core team, but at the same time, the extended team is part of what Hungama brings as infrastructure.

YSW: How does independent content distribution and artist representation work? What is the operational and revenue model?

SSP: It all starts with the content. However, we go beyond any other regular platform that just seeks content from artists and publishes it. We want artists to feel involved with their content, and we always encourage them to invest money in marketing it. It is important for an artist to know that if they've taken the route of independent music; they need to look at this as a startup. You need to invest in yourself.

YSW: How many artists have Artist Aloud signed up with for content distribution and artist representation?

SSP: Collectively, we would have easily released content from about 1,500 artists. All the content is hand-picked. So, we do meet a lot more artists.

When we did a project for Diageo India, we worked with artists like Guru Randhawa, Jonita Gandhi, Darshan Rawal, and Sunidhi Chauhan. None of these artists gave us content releases, and it did not matter because when we had an opportunity to work with them, we reached out and they agreed. I think we've been able to build a good legacy and reputation in the industry for people to know that we can work with the artists, irrespective of whether we have a long-term relationship or not.

We've also released content for Emiway Bantai and Coke Studio through streams, and that's been one of our biggest success stories. There are multiple artists like Shibani Kashyap, Manasi Scott, Parikrama, and others who keep giving us content.

Our aim in 2021 is to become a brand that can be trusted for great content. When I listen to the music that's currently available on our app, which is being revamped, I am amazed at the kind of talent there is in the country. And sometimes, it's also disappointing that people don't know about them.

The first step has always been failure: Music composer Shantanu Moitra on his career

YSW: How do you shortlist artists that you wish to support?

SSP: It is completely based on the quality of content and music. We recently declined an artist who gave us a video and asked if we could distribute it. We did not find it up to the mark. But, we would not want to come in and say, “Yaha pe tabla dalo, Yaha pe yeh daalo (And this instrument here, add that there)”. That is not what we are about. From an audio perspective, it needs to have a good mix. It needs to sound tangible.

YSW: Which all streaming services do you collaborate with?

SSP: We distribute to the entire Hungama network. So, if Hungama goes to a particular platform, we are there.

YSW: What are the few pandemic-led trends that you have observed in the independent content industry? How do you think it will change once the world goes back to normal?

SSP: I think the only trend that I would say picked up was a lot of artists familiarising themselves with the digital space. Artists realised that they all need to come together, and the only way to do that is by helping each other and sharing the information with each other.

I think we need to really take this pandemic as an opportunity to see how we are going to integrate technology into our offerings.

It has been extremely interesting to see how the entire influencer marketing model has just suddenly picked up huge momentum. There is also a lot happening now at the regional level. Micro-influencers and regional influencers are creating a base of their own. So, I am actually hoping that we can always go back to normal and do what we did, but actually, do it bigger and better.

YSW: What’s in store for Hungama Artist Aloud in the near future?

SSP: We would want to stay relevant in the space and bridge the gap that still exists between talent and opportunity. As the first step in this direction, we will be revamping our app. The new version will offer a host of exciting features that will make it even easier for artists to connect with their fans, and for fans to discover new music. We have some exciting partnerships in the pipeline for this year too. The idea is to sustain the momentum that we’ve built over the years.

PUBG New State announced: All you need to know

Bikes for life: How a mechanic’s son gave up his cushy graphic designing job to pursue motovlogging

PUBG New State announced: All you need to know